‘A stalker is a bully’: Cork centre helping stalking victims 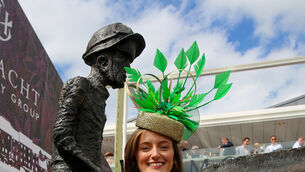