Irregulars captured, shots on St Patrick’s Hill, and Bishop gives out to flock
echoes of our past
 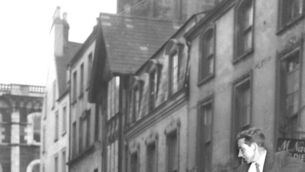