Cork can lead the discussion on Irish unity

John Arnold: As Dickie bows out, it’s truly the end of a showband era

Colette Sheridan: Is a retail village in county Cork such a good idea?
kathriona devereuxcovid-19 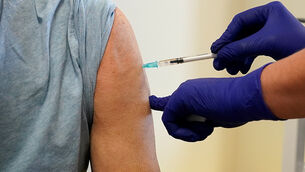 Want some good news for once? Covid vaccines may have saved 25,000 lives... in Ireland alone