Eight new solar farms to be built in Cork

We all need to Cop26 on to climate crisis, including sport 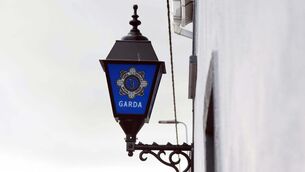