With an ageing population - why home care is so important
politics
 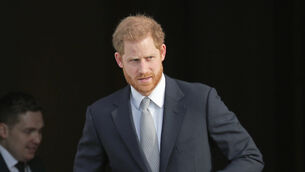 Drugs wreck lives, so when will society stop treating them as cool?