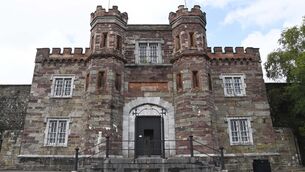 Catch a scary movie this Halloween at Cork City Gaol