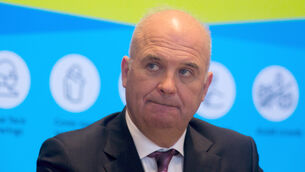 Over 4,150 Covid cases confirmed as people urged to get booster shot before Christmas