Christmas gift guide: What to buy the foodie in your life

10 ways to have a frugal (but fab!) festive season

3 of the best: Try these for Christmas Day starters
she's inspirational
 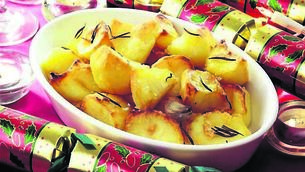