How Cork woman Mary Harris was
charitywomen on wednesday
 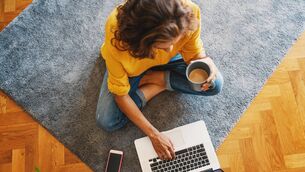