Upholding the right of children to be heard
 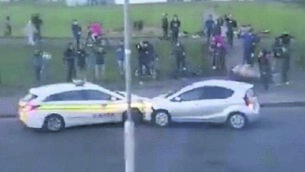 How the guards can solve a problem like Cherry Orchard