Missing characters of old who added colour and spice to life in every village, town and city

Emma Thompson, 63, does her bit for women of a certain age in film
echo 130
 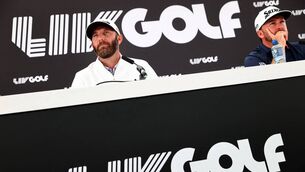 It’s not a crime to be greedy: The Saudi golf critics are fuelled by jealousy... and not human rights