Coveney: Michael Collins would be  'extraordinarily proud' of Ireland but would demand more action on homelessness 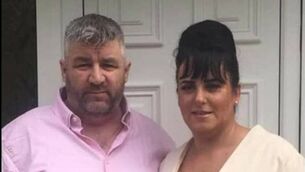