'One man was afraid of his own daughter': Housing crisis link to more elder abuse
cork centenarypoliticscork history
 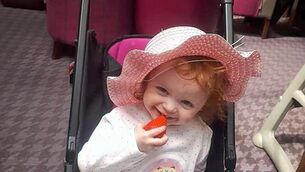