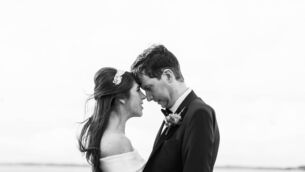 'He never complained about his diagnosis': Fundraiser to be held in memory of young West Cork farmer who died from brain cancer