Covid-19: Decrease in outbreaks reported in Cork and Kerry
 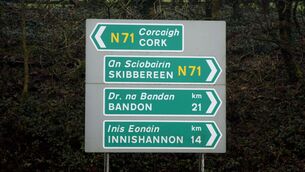