'He took my childhood from me and I can never get it back': Cork man sentenced for repeated rape of sister
cork docklands
 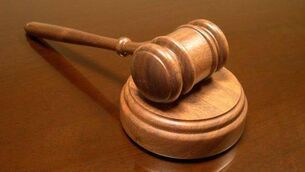