The Longshot: I remember admiring the backheels of Naples 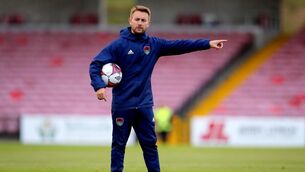