'It appears the penny has not dropped': Joshua Allen sent back to prison
#transportcork public transport
 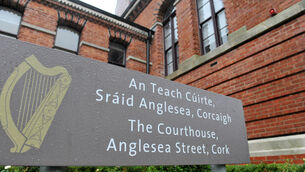