A health guide just for the men
kate ryanfood
 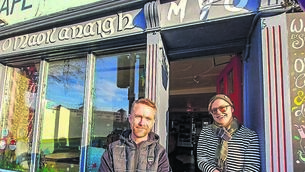