Has your relationship with your clothes changed over the years?

The Menopause Summit comes to Cork
women on wednesdayeducationarts
 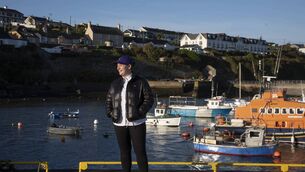