Basking in a heatwave, but one thought is occupying our minds: Winter is coming... 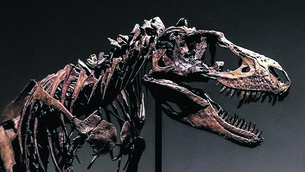