'We want to bring about real change for women in politics'

John Arnold: As Dickie bows out, it’s truly the end of a showband era

Colette Sheridan: Is a retail village in county Cork such a good idea?

Schools are suffering from an absence of leadership on Covid
politicsequality 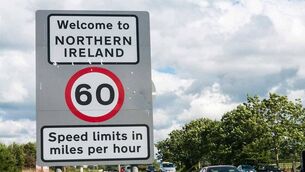 Cork can lead the discussion on Irish unity