John Egan: “It’s just a disappointing one to take”
 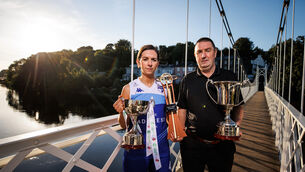