Cork courts: Victim of sex attack attempted to take her own life a week later
 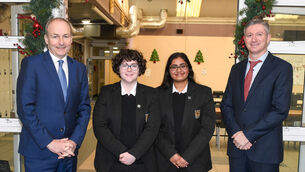