'The actions of some eejit who has nothing whatsoever to do with us': Cork GAA club blasts video circulating online
revenue
 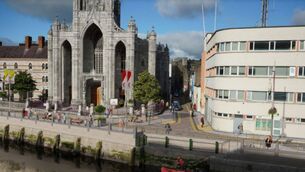