Cleverly and Sefcovic to talk amid row over Northern Ireland Protocol 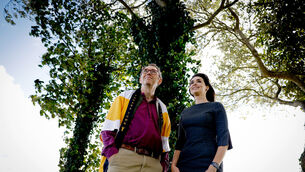