John Arnold: A stream dry for first time in my life... climate change is now
 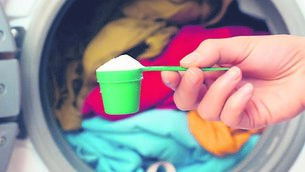