Annie Moynihan, local sage and weather forecaster ahead of her time
 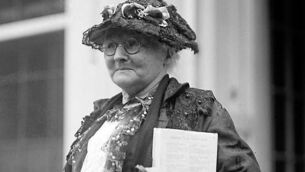