PSHC: Goals for and against indicate Blackrock's progress

Latest: Another rowing medal for Ireland as Sanita Puspure and Zoe Hyde win bronze at Worlds 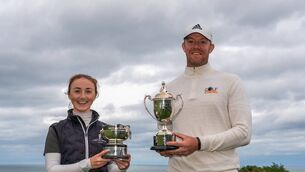