PSHC: Newtown ready to give it everything again in semi-final against St Finbarr's 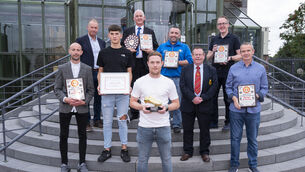