Elderly woman dies after being hit by lorry in Macroom

Cork-born photographer heading to the moon 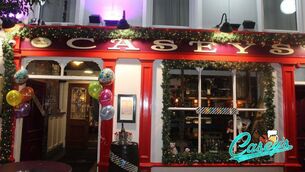