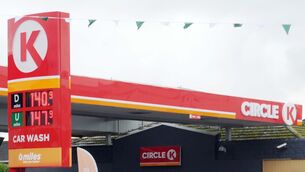 Man who drove off without paying for €40 petrol is jailed