Thu, 04 Aug, 2022 - 11:02
    
Corkman Eddie O’Brien tells Ellen O’Regan how after spending most of his life living in ‘agony’, this has now changed having received a modern new prosthesis, and he’s hopeful other people can benefit from his experience. 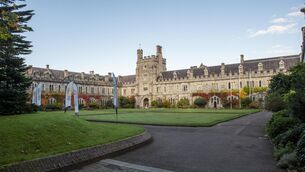