'I hope you lose your eye': Homeless man jailed for assaulting gardaí
 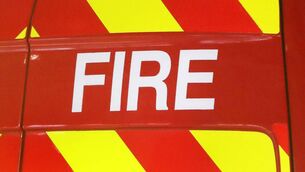