Man jailed for ‘spree’ of burglaries in Cork city

Renewed appeal for witnesses following hit and run in Cork 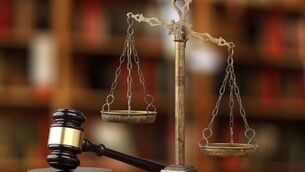