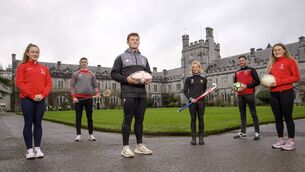 Over 90 students awarded for sports excellence at UCC