Breaking: Man arrested in relation to murder of Frankie Dunne in Cork 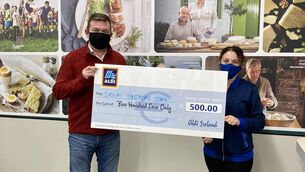