Coveney dodges questions on lockdown-breaking champagne bash at his department 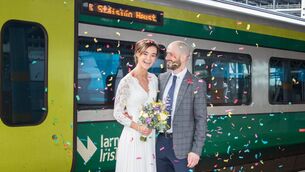