Pics: 'Doggie daycare' at the Marina Market a hit with Cork's animal lovers 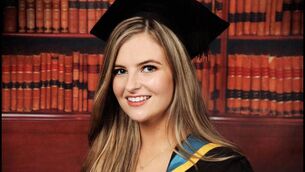