The Irish Film & Television Academy Awards take place this weekend... who is in the running for a prize?
 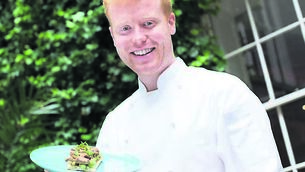