Meet the Cork mum on First Dates who lost 10 stone in one year
courtplace: international
 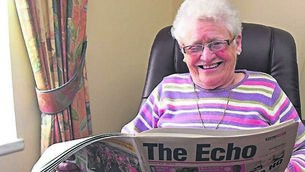